We’re back, to discuss the New Year’s Day episode starring Jodi Whittaker as the Doctor and Chris Noth as Sir Kier Starmer. Paul and James discuss Captain Jack, the fam, creeping neo-fascism, and whether trying to become a writer yourself makes you less harsh on Chris Chibnall.

PI’m We are happy to be back after our latest hiatus. I have photoshopped my new head onto our cover art to celebrate. You can find all our old episodes here on the website, and see us on Twitter @acedrwho. Happy New Year everyone! 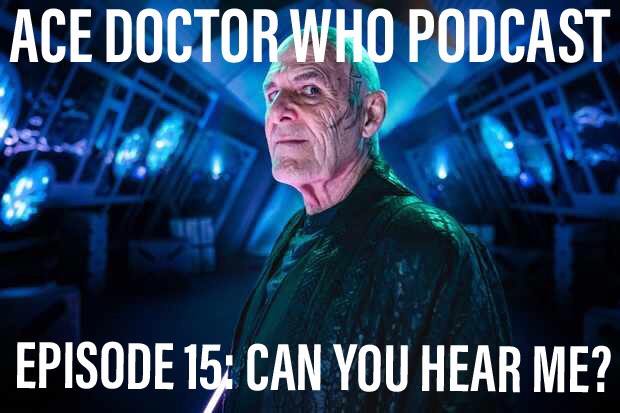 We’re back after a hiatus! Paul and James: lockdown edition discuss Can You Hear Me, goat-sucking bats, mental health, and that Dalek patrolling Robin Hood Bay.

Tim Shaw (sic) returns, the Ux spend thousands of years worshipping a false God, and Graham has a Kelly / Nelly style Dilemma. Plus, Paul gets a special card and James writes a song about the thirteenth doctor’s first season, as you do. 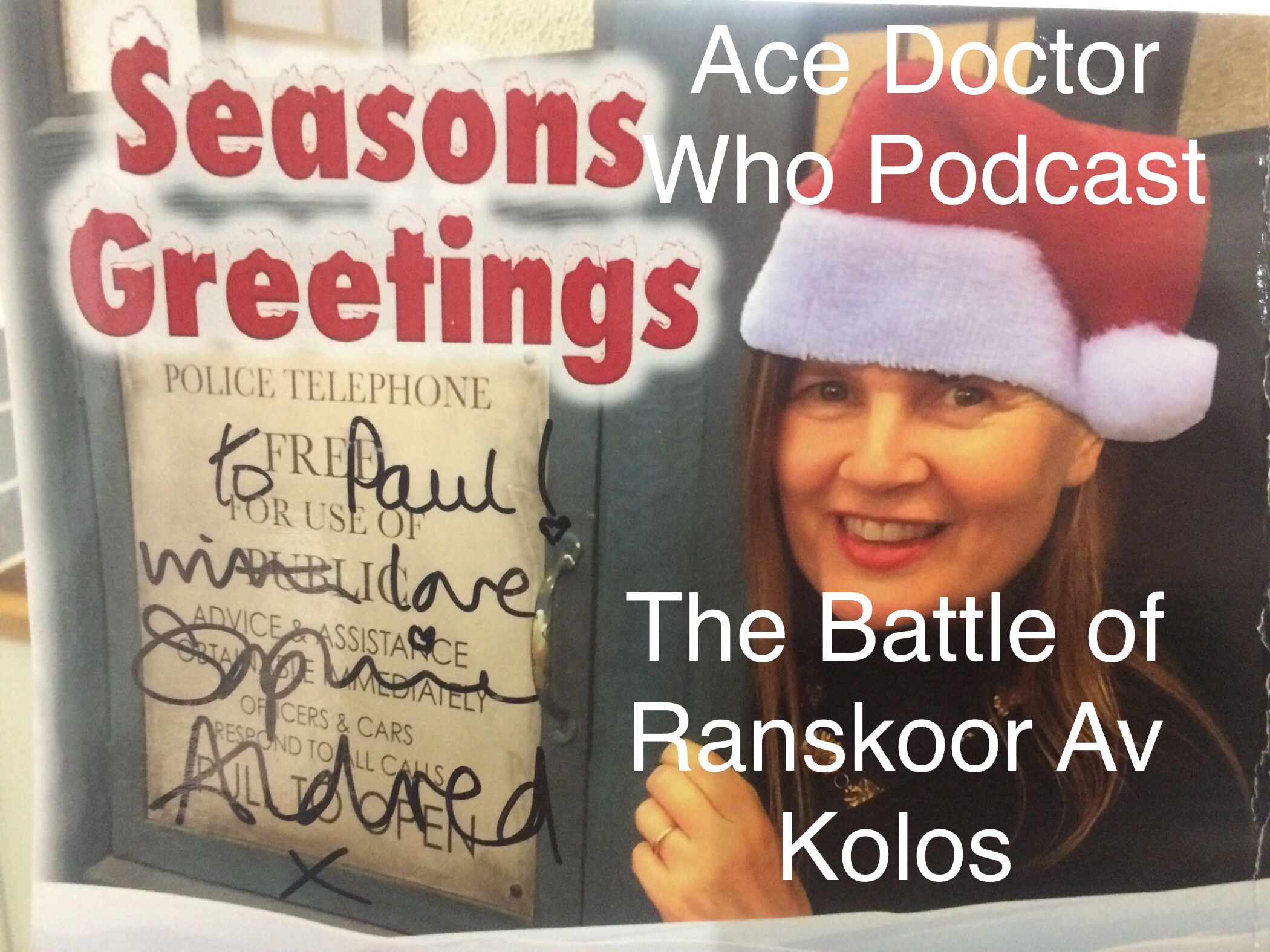 P.S. In case you can’t make out all the lyrics to James’ We Really Like The Doctor song, here they are:

We Really Like The Doctor (with apologies to Billy Joel)

Pting is like the adipose, a baby called Avacado

Spaceships, Demons, Yas in the Punjab
Partition, Empire, love will save us all

No Cyberwoman next season please

Poor Ryan heads into space only to find a massive warehouse very similar to the one he worked in on earth. Corporate satire with a twist: is it now easier to imagine the end of the world than the end of capitalism?

“Love is a form of hope,  and like hope, love abides”.

James and Paul both think this one is a cracker: hear them eulogise over Demons of the Punjab, as the Doctor and the Scooby Gang head back to 1947 and the Partition of India, as we learn more about Yas’ family, and the bits of British history they don’t teach you at school.

A shiny spaceship, a metal-gobbling alien called Pting, and assorted other glorious nonsense: we review The Tsuangra Conundrum, have a rant about future fashion, and pay tribute to a rather creative Who-related Halloween costume.

Introducing an experimental new feature, in which James accidentally visits a filming location from a past Doctor Who episode, and he quizzes Paul on the episode in question. Which Who was here? Why was he here? Which episode was it? Was it a good episode? All this, and more, will be revealed in this week’s podcast…

Spiders! Brutalism! Sheffield! James and Paul review Arachnids in the UK, introduce a couple of ridiculous new features, and accidentally sing a 90s hit which is at best tangentially related to the episode. 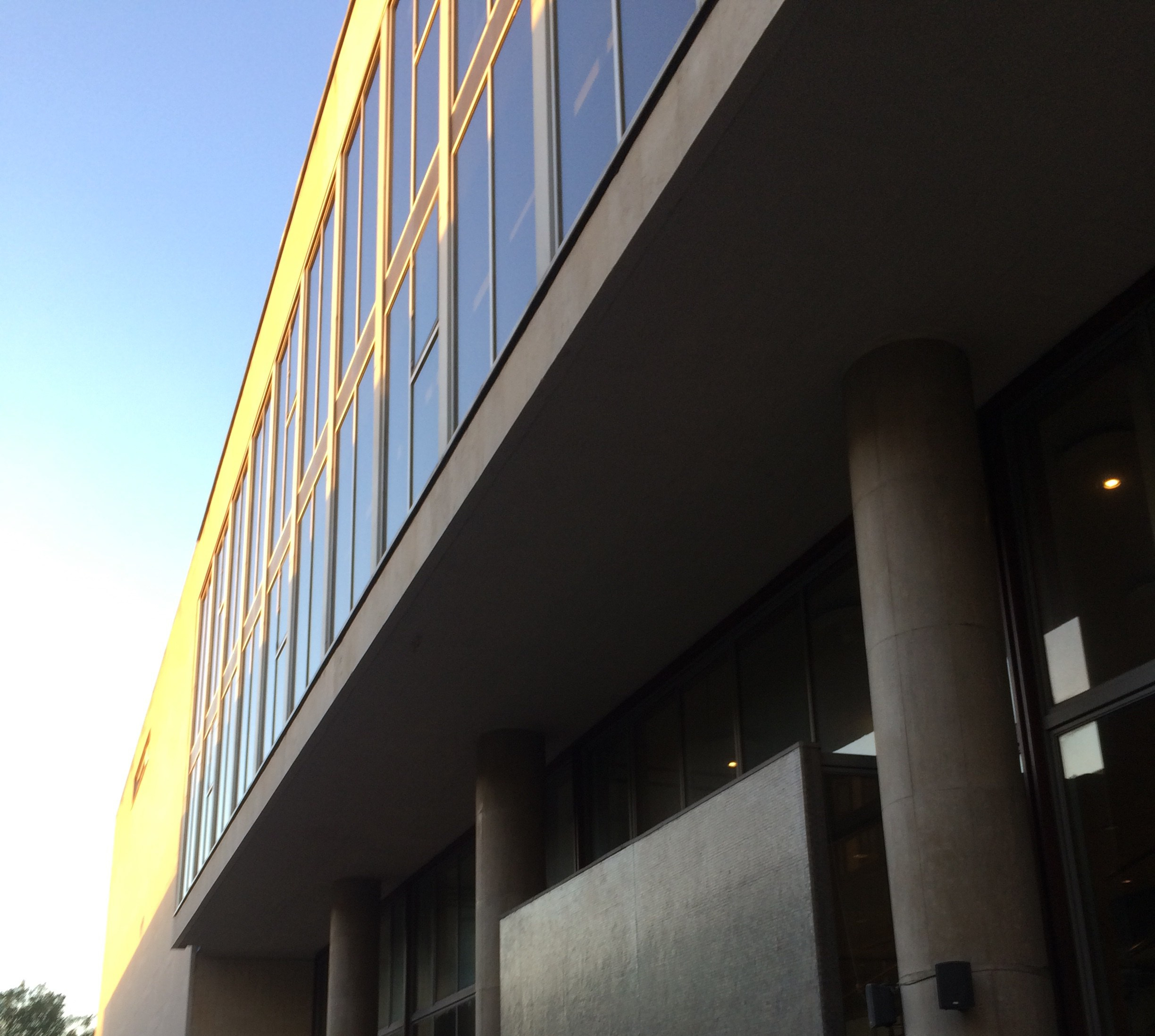 The TARDIS sends our nascent Scooby Gang back to 1955 Alabama, where we meet Rosa Parkes, Martin Luther King, a lot of sweaty-faced racists, and what can only be described as a member of the alt-right, but from the future.

Crashing spaceships, Moomin Beans and Art Malik in a tent for some reason: James and Paul weigh up the second Thirteenth Doctor adventure, The Ghost Monument, where we see Graham in some natty sunglasses, Yas not given an awful lot to do, and the joys of seeing a new TARDIS interior for the first time.

My Tweets
The Ace Doctor Who Podcast
Blog at WordPress.com.
Loading Comments...